BSCG deplores the narrow  decision by the CNPA board not to refuse the controversial major development in Boat of Garten Wood.

Following the discussions at Boat, RSPB Scotland spokesman Alan Tissiman said: “The capercaillie is an iconic Scottish bird whose population is extremely fragile. We believe that there may be little more than a thousand of these wonderful birds left in Scotland. Strathspey is the last remaining stronghold of the capercaillie and we have a responsibility to ensure that nothing is done that further threatens this endangered species.”

Sharing this view BSCG considers that we cannot afford to be complacent about the future of the capercaillie in Scotland. While any part of the Boat of Garten woodland remains within the settlement boundary the CNPA is failing this magnificent bird that it is well recognized is  extremely vulnerable to disturbance.

BSCG welcomes the CNPA Board’s unanimous refusal of the flawed application in School Wood, which is an Ancient Woodland Inventory site. However, we remain concerned that  School Wood  is still  threatened by any future housing proposal. BSCG continues to recommend that this irreplaceable native pinewood should not be developed.

On Friday 7th January 2011, the Cairngorms National Park Authority is to determine a planning application for 30 houses and 10 house plots in the ancient woodland of School Wood, Nethy Bridge. BSCG has consistently opposed this proposal since it first surfaced in the second draft of Highland Council's Local Plan in 1993. During the development of the now adopted CNPA Local Plan, BSCG argued that the allocation should be removed from the plan, a position that was supported by Scottish Government Reporters in their Report into the Local Plan Inquiry, published in December 2009, which recommended that "there should be a moratorium extending for the lifetime of the local plan on all housing and economic developments in Nethy Bridge, other than on windfall sites that already have detailed planning permission". This recommendation was ignored by the CNPA.

However, BSCG is pleased to note that the CNPA planner's recommendation for the determination on 7th January is for an unequivocal REFUSAL, see:

This CNPA Report makes clear that "outline planning permission included requirements for the provision of "landscaping proposals including existing trees to be maintained and proposed tree and shrub planting to be carried out" (condition no. 1 C); "proposals for the management and maintenance of all areas ....outwith house curtilages" (condition no. 5); "detailed proposals for the disposal of all surface water drainage from all parts of the development" (condition no. 6); and “a programme of archaeological work for the preservation and recording of any archaeological features affected by the proposed development” (condition no. 14)." The CNPA planners emphasise that: "None of that required information has been submitted."

BSCG has submitted objections to this present application in School Wood. Our main objection is that the proposal is in conflict with the Cairngorms National Park Plan and Local Plan and with the CNPA Supplementary Planning Guidance on Natural Heritage and that it conflicts with all 4 aims of the National Park and runs contrary to the European Habitats Directive. Our other objection is that this application for full planning consent is not even consistent with the outline planning consent, which was for 20 houses and 20 house plots. Rather this application attempts to maximise the profits for the developer by suggesting 30 houses and 10 house plots in the application

Briefly, this is a wholly unacceptable planning application that runs counter to numerous National Park policies, does not abide by the outline consent, and has not been accompanied by any of the information required by the CNPA.

And Other BSCG School Wood Objection to CNPA.

See Natural defence against Cairngorms housing plan. "RED squirrels and capercaillie could block plans to build houses in a village in the Cairngorms National Park..." 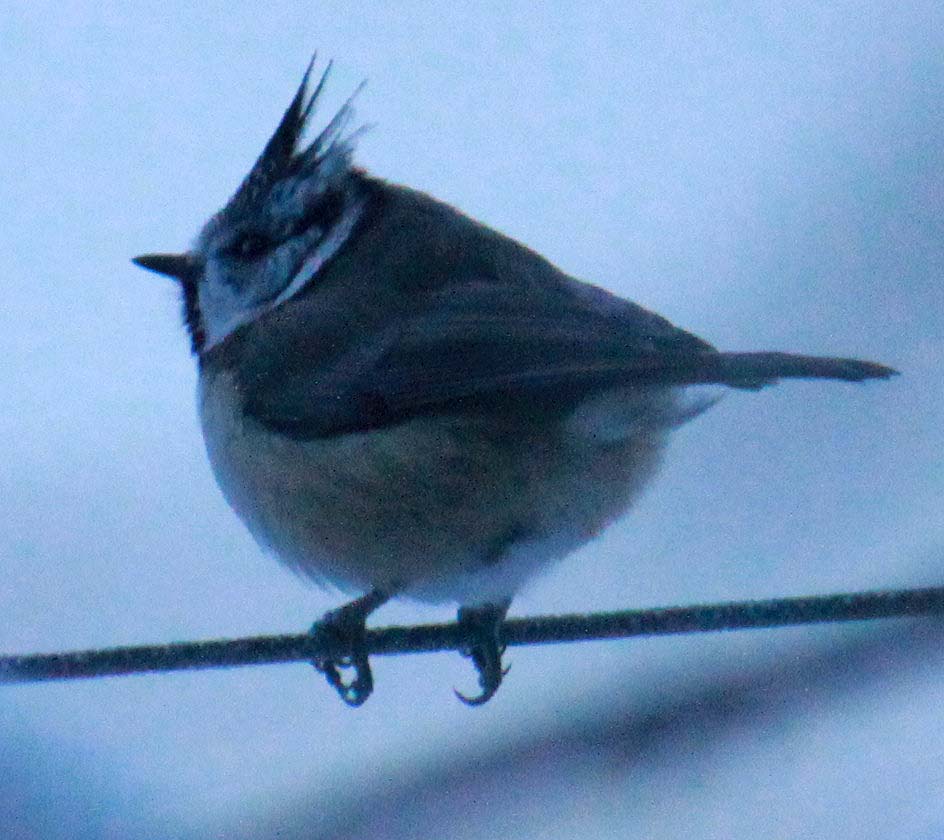 Crested tit at Boat of Garten wood where this protected pinewood bird was found nesting in 2010. The lack of  breeding bird surveys by the developer has been criticised by local objectors. 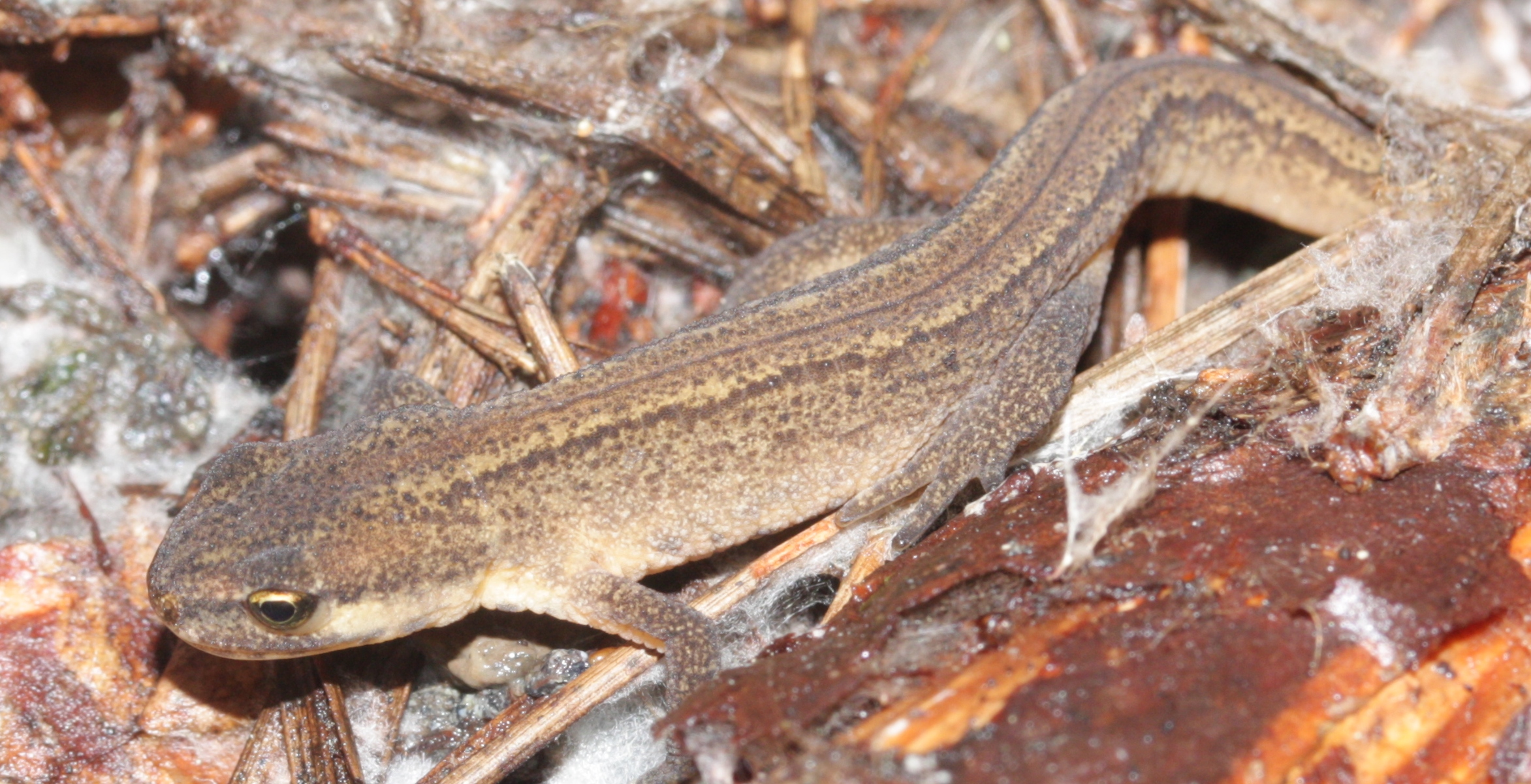 Smooth newt at Boat of Garten wood. The lack of any survey of amphibians or reptiles by the developers has  been criticised by local objectors. BSCG  reported both palmate and smooth newt within the Boat of Garten development site in 2010.