MP Danny Alexander is a fan of micro breweries. In a debate in March 2013 he expressed admiration for micro-breweries saying " one in my constituency has recently produced a beer called Ginger Rodent, which sold out in its first run". BSCG is delighted that Danny has indicated that were he to be a Westminster Species Champion the species would have to be the red squirrel. 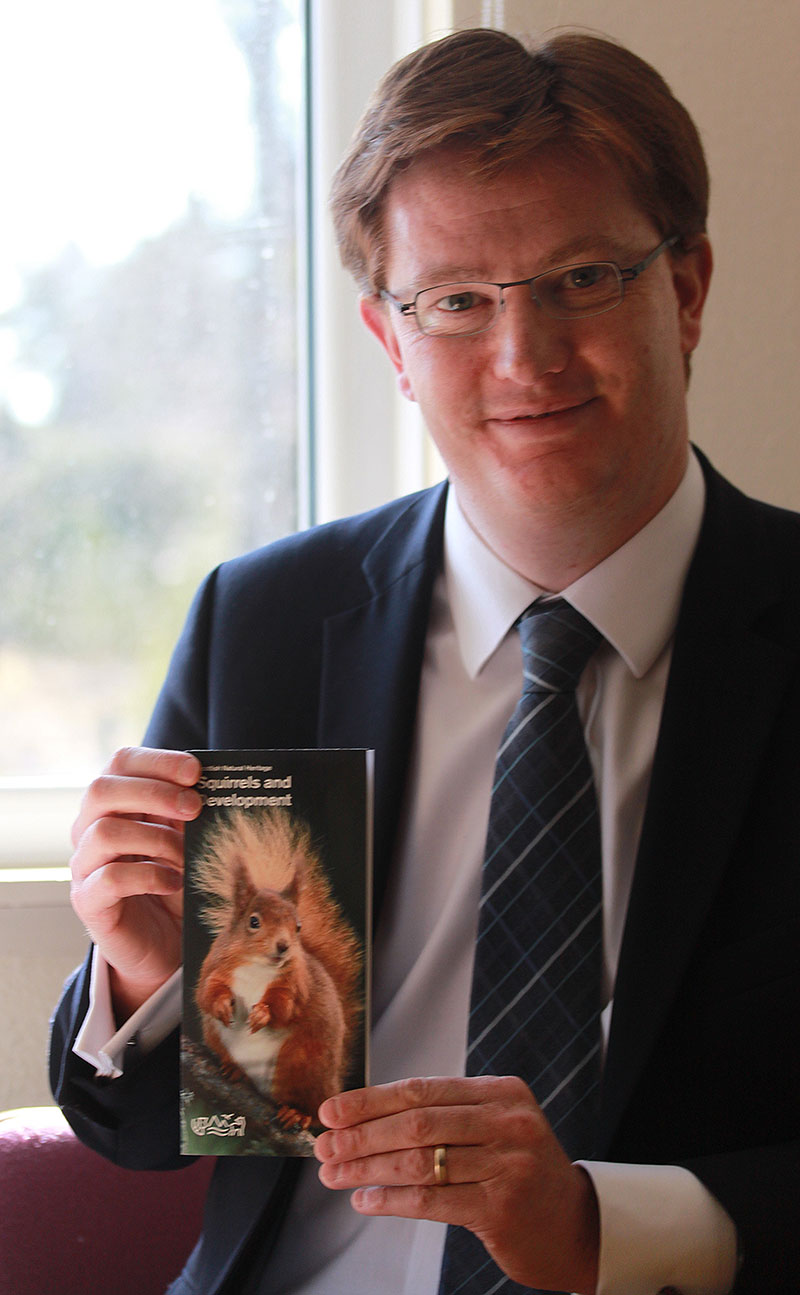 A crucial amendment to the Energy Bill needs support. The amendment would bring in a decarbonisation target in 2014 that many consider is vital to drive the investment required to help meet UK climate change targets.

BSCG is disappointed that so far Danny Alexander MP Liberal Democrat Treasury chief secretary has not supported this amendment. MPs and over 100 businesses and organisations including Siemens, ASDA, the Women’s Institute and Stop Climate Chaos Coalition have all backed this amendment which is also supported by independent experts.

Ed Davey, the Lib Dem energy and climate change secretary, has said that most businesses he has spoken to support the target contained in the Yeo amendment.

Danny’s lack of support to date is all the more disappointing because in April 2013 he said, “it is never too soon to tackle climate change” and in 2006, commenting on climate change, stated, there is “no more important concern on a global level” and "climate change is one of our biggest policy concerns”.

A WWF spokesperson, warning that the government was not aligning its policies with the advice of the statutory Energy and Climate Change Committee, has commented that, "The government has started to show a disturbing willingness to question the committee's advice. Ignoring it brings into question their commitment to deliver on the UK's world-leading Climate Change Act."

He has pointed out that the Yeo amendment “will give confidence to businesses and investors now, not at some vague point in the future as proposed by the government. A carbon intensity target would help the UK attract investment in a new British supply chain with thousands of jobs across the country and show that we're serious about reducing emissions and embracing clean renewable energy."

Only last year Danny Alexander accused some Conservatives of waging a "constant war of attrition" on green issues, warning that it is endangering billions in green investment, as well as the whole government growth strategy. He described how the government has to deal with conservative backbenchers – including those he calls "luddite" climate change deniers – opposing green technologies. He was reported as saying "I just don't think the British economy can any more afford to have a blue roadblock to green growth," We agree he is right to criticise those trying to claim that green policies will hinder growth if they make British industry less competitive (See Danny Alexander: Tories must stop trashing green agenda http://www.guardian.co.uk/politics/2012/sep/21/danny-alexander-stop-tories-trashing-green-agenda }

We hope Danny Alexander MP will eventually decide to back the Yeo amendment.