Letter published in the Badenoch and Strathspey Herald 10 May 2012:

Sir,
Recently the Cairngorms National Park Authority were unanimously minded to approve a major development for a large retail outlet in Aviemore for which there is no reference in their local plan or any detailed associated 'Appropriate Assessment' or strategic assessment of environmental impacts, despite its proximity to a European Conservation Site. The proposal the CNPA supported conflicts with their own Policy 5 on Biodiversity and with the founding National Park legislation that gives legal primacy to the 1st aim of the Park where there is conflict with other aims. Further, the planning conditions do not follow best practice and, in terms of Scottish law, the CNPA have apparently breached their legal Biodiversity Duty.

Despite all this, and not to mention significant unaddressed concerns raised by Architecture + Design Scotland, senior CNPA board member, David Green, is quick to confidently conclude that the CNPA has achieved a "sustainable outcome as befits a National Park" (Strathy 'Park Talk' May 2). 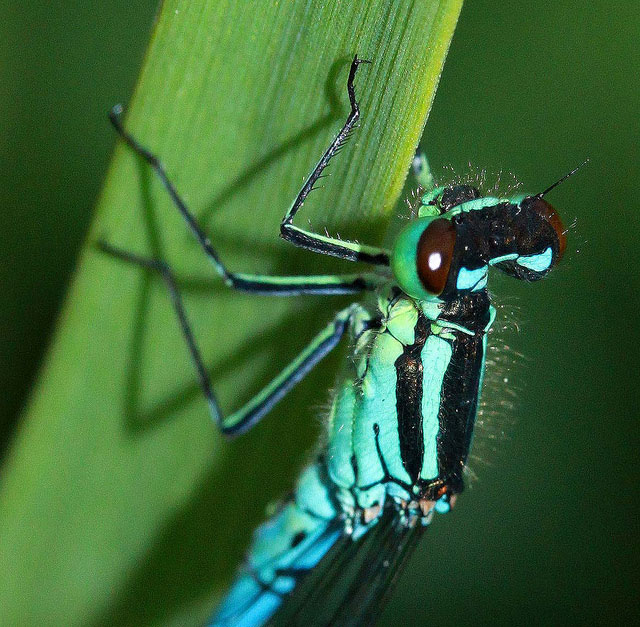 One of the environmental impacts of the Tesco superstore is the complete destruction of the former Santa Claus land lochan that for over a century has been known as a breeding site for one of our rarest damselfies, the Northern damselfly. This beautiful insect is restricted in the UK to only some 35 sites since it appears to require very specific conditions. It has its stronghold in the Cairngorms and is classed as 'endangered' in the UK because it faces a 'very high risk of extinction in the near future'. Unsurprisingly, it is one of the species that Scottish Ministers have listed as of principal importance for conservation in Scotland and, being on the Scottish Biodiversity List, is a treasure for which the CNPA has national legal responsibilities. In addition, this pool has been assessed as of the highest conservation value and supports a wealth of other wildlife, including rarities.

The CNPA have proposed translocating the damselfly and other wildlife to a different site. Rightly, the CNPA themselves recognise that such a move would be experimental and there is no guarantee of success. Such an operation has not been tried before, little is known about the northern damselfly, it has characteristically low populations at its breeding sites and the CNPA do not know whether an appropriate pond and surrounding habitat exists or could be created. If the CNPA seriously want a successful outcome they should have ensured best practice is carefully applied. But rather than maximise the chances of success, the CNPA's planning conditions fail to ensure best practice and do not follow national policy on translocations. This policy requires that the new population is monitored over several generations - that is several years - in order to assess the outcome of the translocation. It seems to BSCG particularly irresponsible that the CNPA have apparently not stipulated that the original lochan must be safeguarded until the translocation is known to have been successful.

Like the lochan, the Milton or Aviemore Burn that runs beside the Tesco site also has an unusually high conservation value. Tesco's own ecologists have reported that this burn supports the Northern February red stonefly. This rarity now occurs nowhere in the world other than certain parts of Scotland. We have an exceptional responsibility for this fascinating species, yeits existence and its vulnerable status.

It is time that the CNPA started to appreciate that poor planning is particularly unacceptable in a National Park. The 'air brushing out' of conflicts with the natural heritage and the failure seriously to address specific environmental concerns is a sure road to environmental deterioration.